The Evolution of the Conference 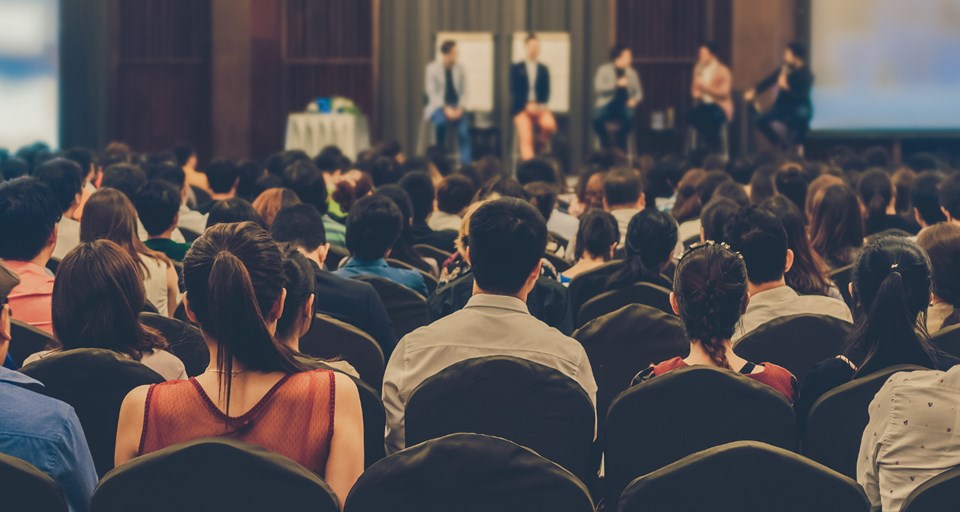 The adaptability of the human race has never been as evident than in our current climate. With Coronavirus impacting businesses globally, many have been thinking in creative ways to keep themselves economically viable.

With the limitations placed on public gatherings Conferences have been hard hit, needing to adapt quickly to be able to continue providing an arena for people to come together to learn, share ideas and grow communities.

This year I have been fortunate enough to participate in two testing Conferences, Test Bash Home 2020 and Agile Testing Days. Both Conferences turning to an online format and utilising video conferencing and chat tools to provide a Conference like experience.

Some differences of note were that Test Bash Home opted for pre-recorded talks and content where Agile Testing Days went for live talks and content. Test Bash Home still had some live elements; Hosts, Social Events, a group bug hunt, coaching session and Q&A session after talks. However, the pre-recorded talks did lose some of the feel of community engagement that live talks retained. Seeing a speaker react to posts in the Crowdcast chat channel and make the occasional mistake, created a more human experience.

Test Bash Home is run by Ministry of Testing which have been creating a testing community since 2007 and started out as The Software Testing Club forum. Ministry of Testing’s community feel came across in their Conference with an emphasis on community spirit and a feeling of hanging out with friends during the live sections. The Test Bash Home conference was run over 24 hours and trust me when I tell you that some people did complete the full 24 hours!

Agile Testing Days is run by Trendig a technology service company founded in 1988. Trendig have a large footprint in publishing testing magazines, books and running other conferences. Agile Testing Days live talks covered a variety of topics from technical skills to soft skills, with several topics being run in the same time slot. There were also some well-known names in testing running talks and social events including Lisa Crispin and Janet Gregory the co-authors of ‘Agile Testing Condensed’, and some familiar faces from other Conferences I have been to (Dan Billing, Paul Holland and Angie Jones to name a few). Agile Testing Days was run over 3 days starting at 7:30 am and running late into the night with Social Events. I particularly liked Dan Billing’s attempt to play a live game of Lemmings during his ‘8 Bit Pro - A gamer’s guide to testing’ talk, with Conference participants suggesting moves throughout the chat.

Both Conferences utilised Crowdcast to run the talks, a chat function for participant engagement. I particularly liked the use of voting on proposed questions so that the most popular questions get answered, something that I have not seen at an in-person Conference. At both Conferences there was a point when the technology failed us and we had to wait while issues with connectivity were sorted, although this was handled well by the Conference Hosts. 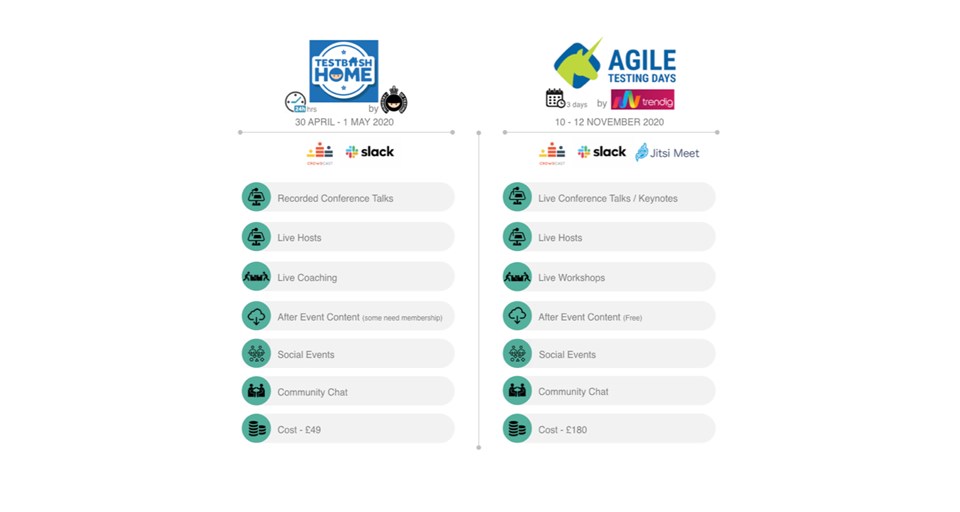 Stepping into the world of online Social Events was a new and exciting experience, with pub quizzes, yoga, changing host backgrounds and outfits and calling them out in the chat, general chat bars and a scavenger hunt.

To sum up I enjoyed attending both conferences and they made a good attempt to bring the in-person conference to the online format.

Will the online format replace the in-person? I think I would like to see a combined in-person/online event format because we can’t always travel the globe to be at these events.

I leave you with some pros and cons of the online format.