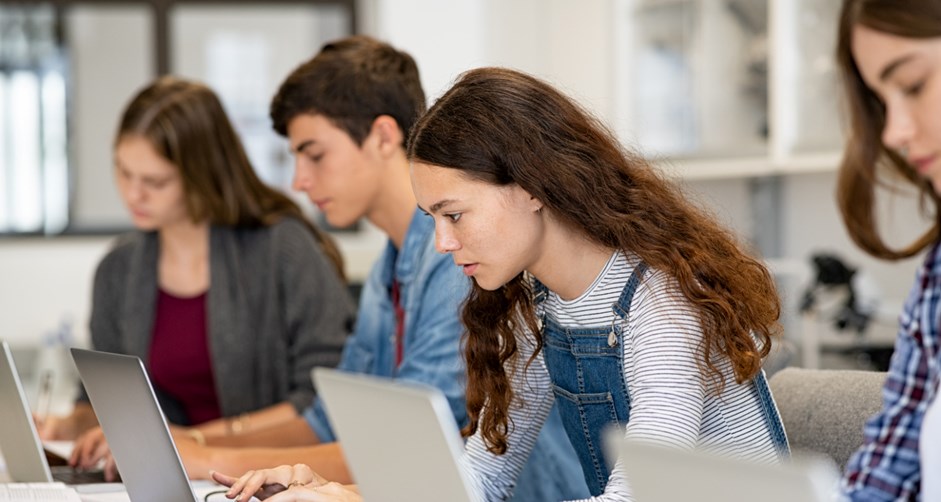 In March 2021 the Scottish Government released their refreshed digital strategy, setting out the measures which will ensure that Scotland fulfils its potential in a constantly evolving digital world.

A central program essential to achieving this goal is Digital Skills and Education, where they describe:

“High-quality digital and data skills have been in short supply in the public sector for some time. Alongside our plans to expand our training capability, we will therefore establish a new, pooled resource of digital and data experts that public sector organisations can call upon to help them transform the way they work.”

“We will also work with partners across the public sector to explore how we can radically overhaul our approach to digital talent recruitment in the Scottish Government and the wider public sector in Scotland.”

2i plays an important role in addressing this challenge, with the development of an overall ecosystem being key to success. For example the type of partner the government refers to include CodeClan, a major foundation of Scotland’s digital training capacity, with 2i being one of their recruitment clients, taking on a number of their graduates.

We've had great success hiring through this programme, including Liam, a Quality Engineer who joined us in September 2019 as well as Junior Test Engineer's Luke, Nikita and Katarzyna who joined 2i in September 2020.

Apprenticeships are a vital pathway into the tech sector, widely used by organisations such as the Home Office, and a very productive method utilised by 2i to recruit and develop Scotland’s young tech talent.

Former Skills and Apprenticeships Minister Robert Halfon said “Apprenticeships work, that’s why they lie at the heart of our commitment to giving everyone the chance they deserve to get the skills and jobs they need for their future.”

In our previous blog, Fraser Bryce describes his experiences of joining 2i via our apprenticeship program, where he also emphasizes their importance to national skills development: “As we enter a new decade, apprenticeships and trainee programmes have become a crucial pathway for young people finding their way into the working world.”

Fraser enrolled in the 2i Graduate & Apprenticeship programme two years ago and found integrating into the organisation to be a smooth and nurturing process, explaining how 2i puts particular emphasis on creating ‘T Shaped People’, or adaptable workers with one area of expertise. This requires a lot of knowledge sharing in order to find not only what colleagues are good at and where their skills are best suited, but also where their knowledge has gaps that are vital to be filled.

In another blog, Fraser highlights how the 2i apprenticeship program fast-tracked his skills from being a complete newbie at software testing, to becoming ISTQB certified in only three months, and how a daunting challenge of working on-site for the Scottish Government was made warm and welcoming through the supportive 2i working environment.

Furthermore, skills learning is an ongoing process at 2i. Joining 2i’s continuous Learning & Development Programme led to Fraser taking some of those valuable new learnings and using them to introduce processes and ideas which can be of huge benefit on the client site.

Another essential activity that 2i supports is local communities of practice for testing, like the Scottish Testing Group and the Ministry of Testing.

These subject matter expert groups are a great way for individuals sharing the same role from across multiple organisations to come together and share learning and best practices, building up a body of knowledge and sector skills group that can prove invaluable to help others enter the industry and develop their career.

The Scottish Testing Group was originally started in 2002 with the aim of connecting testers and those working in quality across Scotland. Since then the remit of the group has grown to include testers and quality professionals worldwide. The group has delivered many successful meetups over the years, contributing towards knowledge sharing and building community spirit amongst testing professionals.

In 2017 2i's senior manager David Orr joined the group and has been spearheading the committee since 2018 as the co-chair along with UK's renowned testing Guru Sue Atkins.

More recently STG committee has been joined by 2i's Sowmya Ramesh who is currently a programme committee member for EuroSTAR Testing Conference. In line with the circumstances caused by the pandemic, the group has been organising a number of virtual meetups since late 2020, delivered by some of the best-known names in Software Testing to address the Scottish Testing community and also bringing great vigour to the local meet up space.

Speakers like Dot Graham, Rik Marselis, Gwen Stewart, Szilard Szell, Sanne Visser and Marianne Duijst have adorned the STG stage bringing the spotlight on the Scottish Testing community. The group has been striving to develop a strong profile and representation of testers of the region, giving opportunities to aspiring speakers, enabling many networking opportunities with fellow professionals from around the world. With a more active line up of eminent speakers like Marta Firlej and Isabel Evans, STG is continuing to serve the testing community with great zest.

2i believes in the power of community and is keen to actively support testing communities across the United Kingdom including actively promoting Scottish Testing Group events. 2i is proud to be strongly associated with STG, with consultants from the company have been presenters at the meetups, enhancing the synergy. The next Scottish Testing Group event is on 22nd April 2021 at 6 PM GMT and you can register for free using this link: https://us02web.zoom.us/webinar/register/WN_WZv94u51QmSV6YJResF0Qw

2i is committed to playing a very proactive role in supporting the Scottish Government in developing a world-class tech sector, and to creating a diverse and dynamic employment environment that attracts young people into the trade and supports them through a lifetime of rewarding career progression.